Home / Events and Seminars / Events / Is It Worth It? Building Opposition Alliances in Electoral Autocracies

Is It Worth It? Building Opposition Alliances in Electoral Autocracies 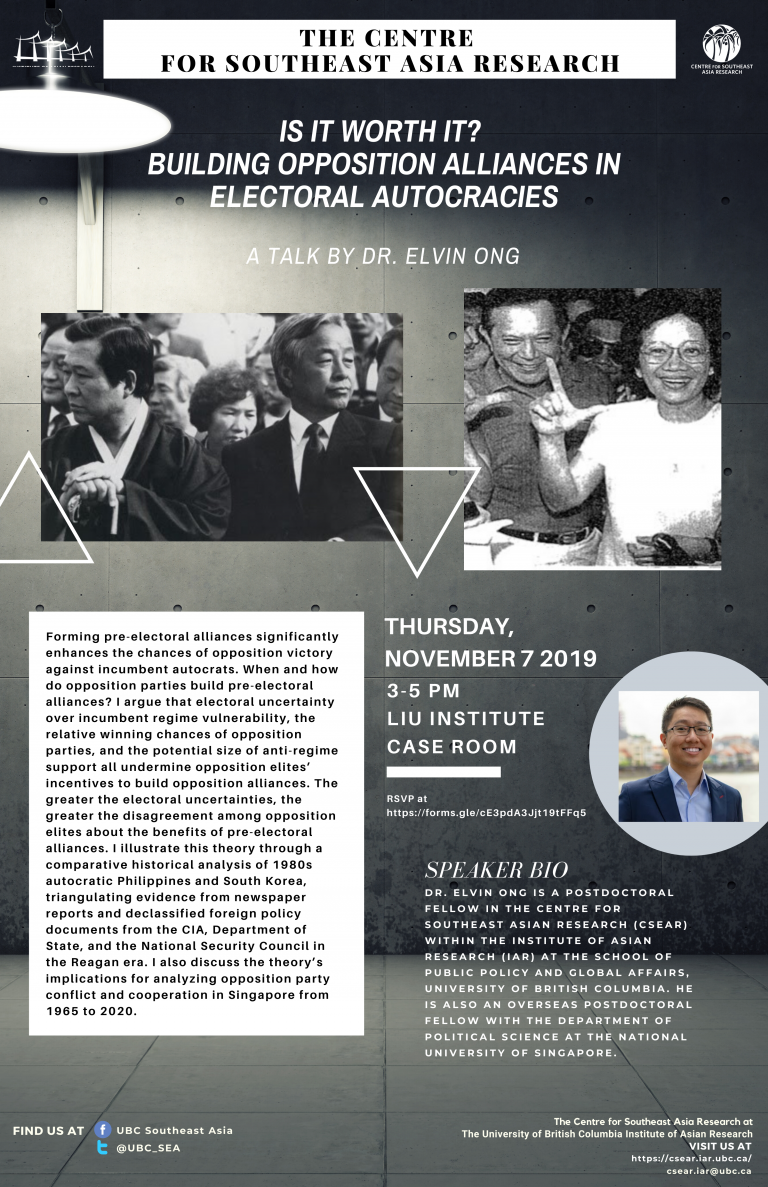 Forming pre-electoral alliances significantly enhances the chances of opposition victory against incumbent autocrats. When and how do opposition parties build pre-electoral alliances? Dr. Ong argues that electoral uncertainty over incumbent regime vulnerability, the relative winning chances of opposition parties, and the potential size of anti-regime support all undermine opposition elites’ incentives to build opposition alliances. The greater the electoral uncertainties, the greater the disagreement among opposition elites about the benefits of pre-electoral alliances. He illustrates this theory through a comparative historical analysis of 1980s autocratic Philippines and South Korea, triangulating evidence from newspaper reports and declassified foreign policy documents from the CIA, Department of State, and the National Security Council in the Reagan era. Additionally, Dr. Ong also discusses the theory’s implications for analyzing opposition party conflict and cooperation in Singapore from 1965 to 2020.