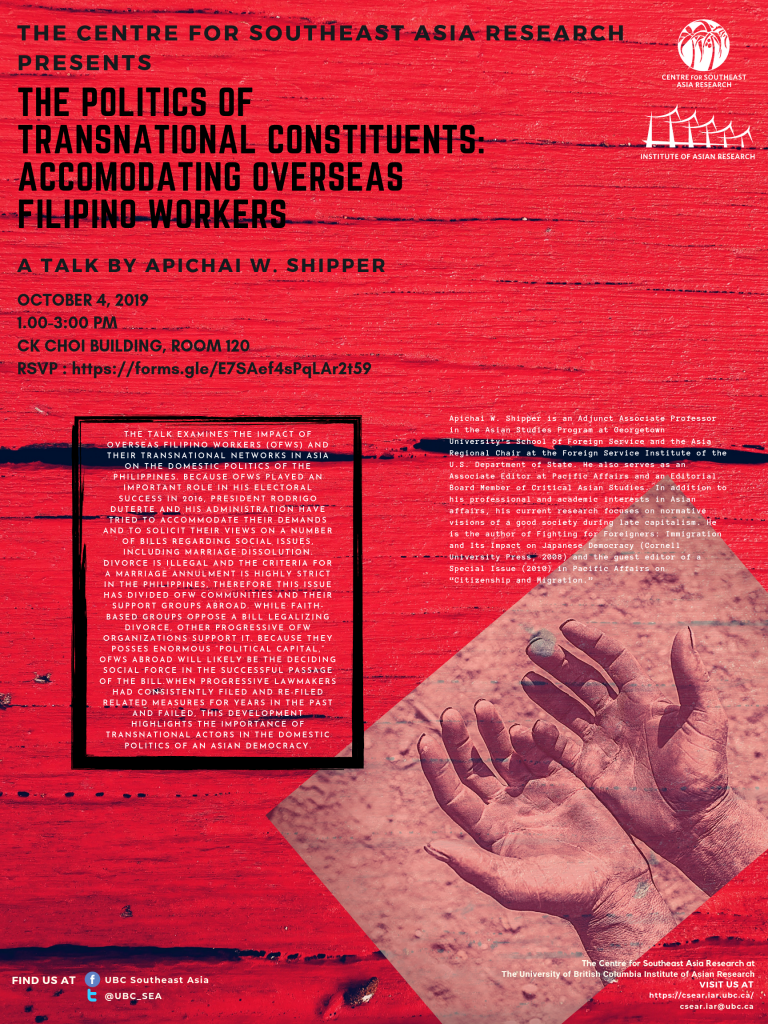 The talk examines the impact of Overseas Filipino Workers (OFWs) and their transnational networks in Asia on the domestic politics of the Philippines. Because OFWs played an important role in his electoral success in 2016, President Rodrigo Duterte and his administration have tried to accommodate their demands and to solicit their views on a number of bills regarding social issues, including marriage dissolution. Divorce is illegal and the criteria for a marriage annulment is highly strict in the Philippines, therefore this issue has divided OFW communities and their support groups abroad. While faith-based groups oppose a bill legalizing divorce, other progressive OFW organizations support it. Because they posses enormous “political capital,” OFWs abroad will likely be the deciding social force in the successful passage of the bill.When progressive lawmakers had consistently filed and re-filed related measures for years in the past and failed, this development highlights the importance of transnational actors in the domestic politics of an Asian democracy.